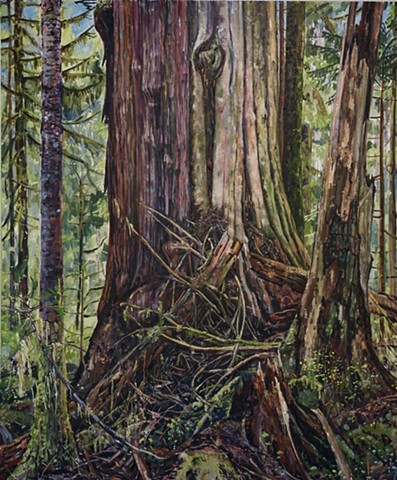 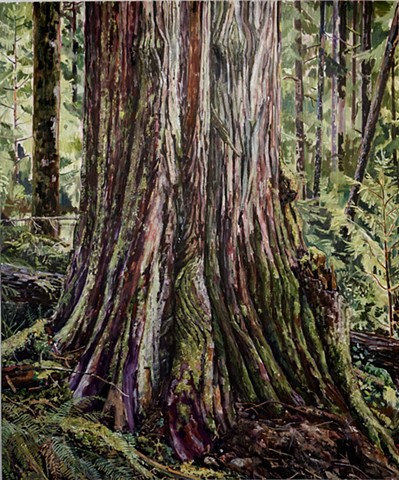 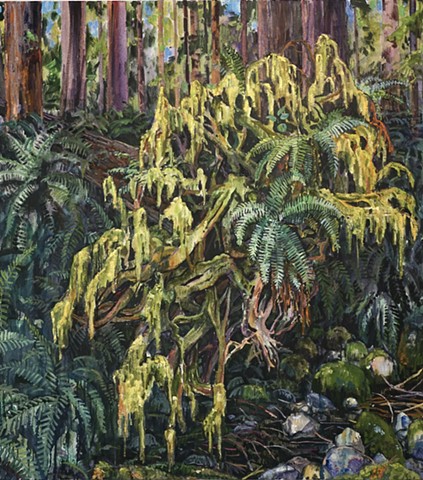 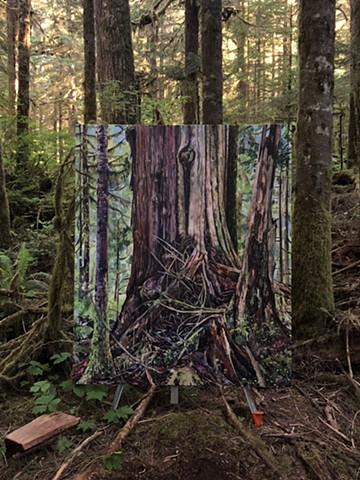 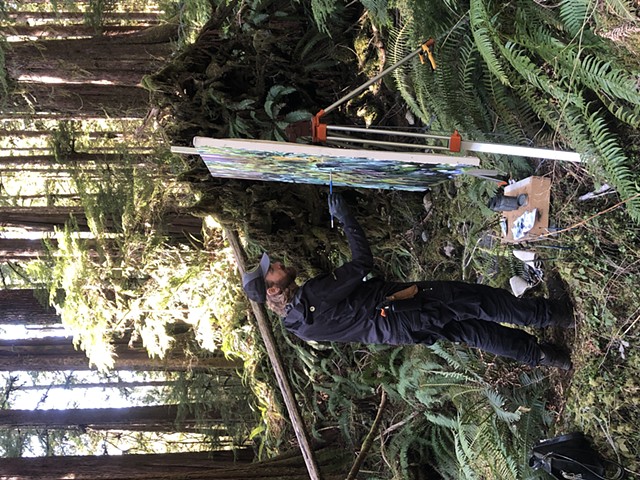 Working on The Hanging Garden 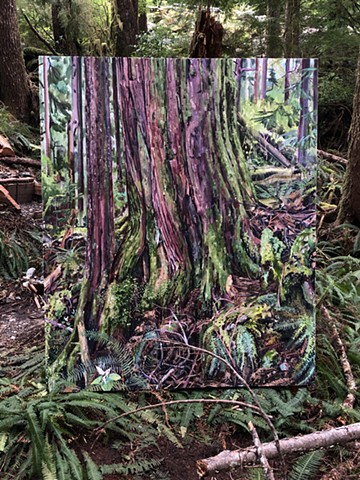 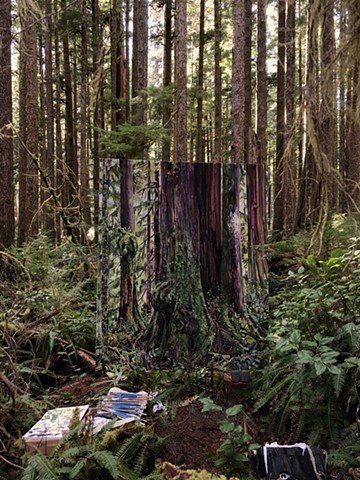 Working on The Crone 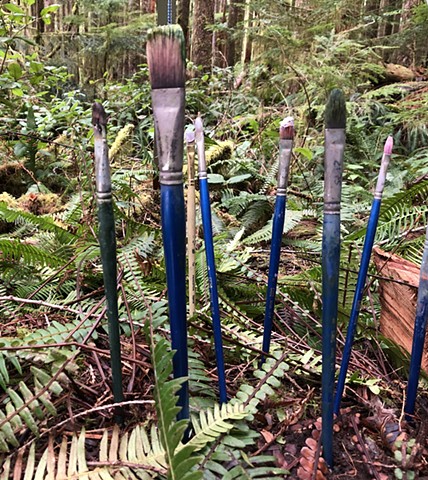 Working on The Crone, Eden Grove, Port Renfrew, BC 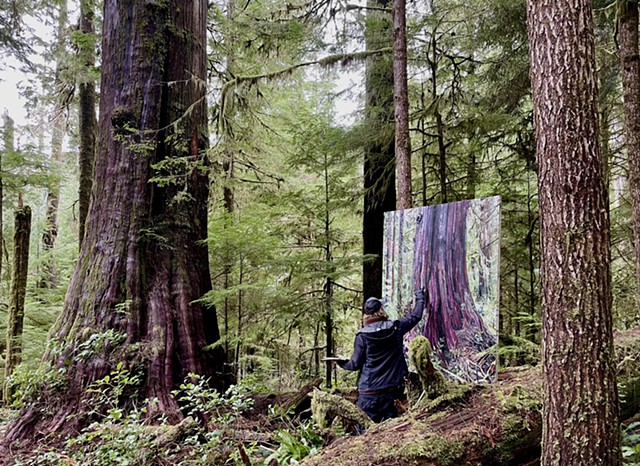 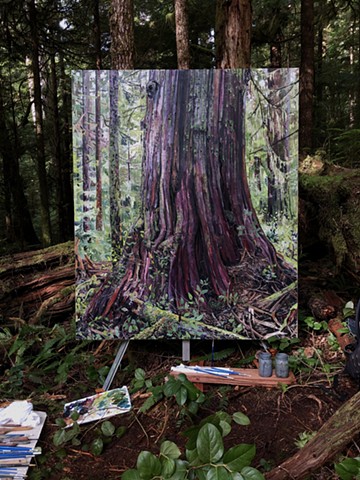 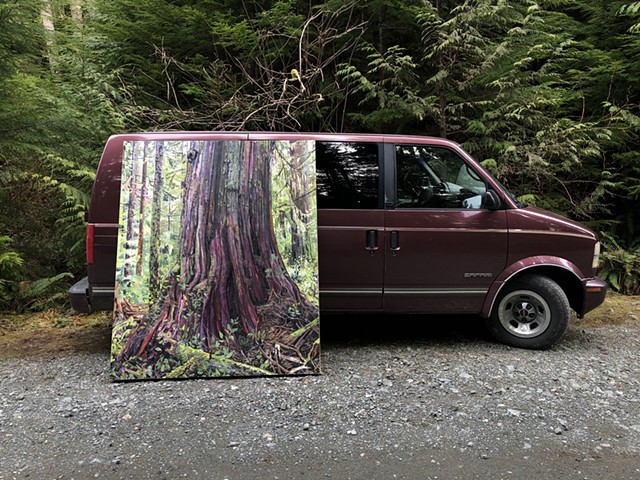 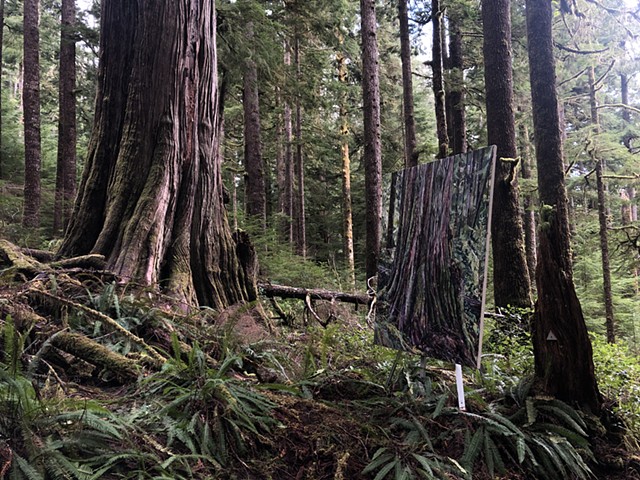 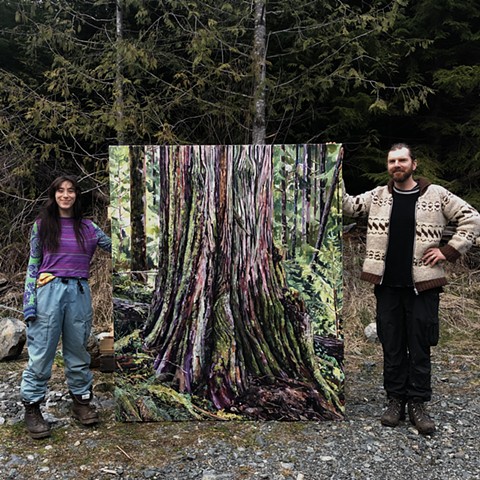 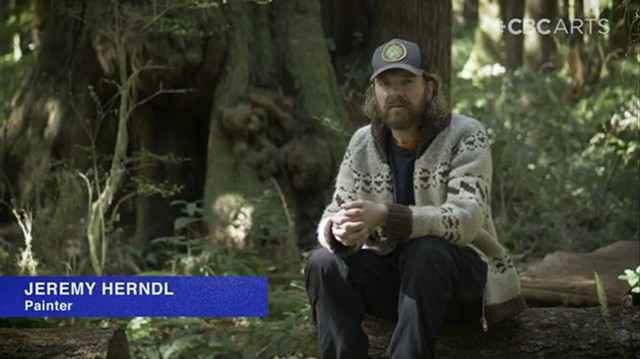 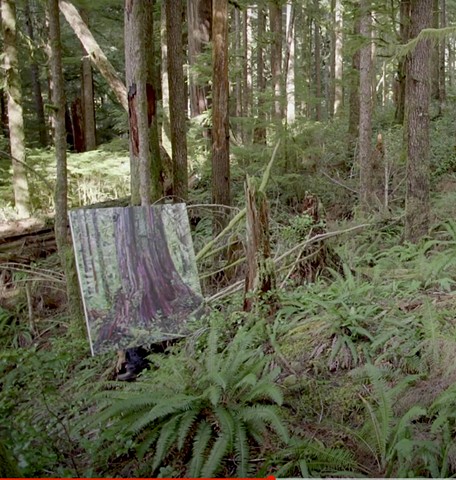 Like a Dream. A short video piece about my work in Eden Grove by Filmmaker, Will O'Connell

Eden Grove AiR is an artist residency created by curator Jessie Demers and myself as part of the overall movement to protect the last of the ancient temperate rainforests on Vancouver Island, British Columbia. The Fairy Creek Blockade begun in August 2020 is a grassroots movement comprised of scientists, academics, foresters, environmentalists, artists, indigenous and non-indigenous people from all walks of life who are deeply concerned about the imminent fate of these forests. This residency began in March 2021 and continues until May 20 and more artists are on the way including Kyle Sheurmann who is working up there too.

These old growth forests sustain an incredible array of life from plants, animals and insects, fungi and lichen and much of it is endangered. These forests sequester immense amounts of carbon, they retain and filter rainwater, they are salmon habitat which impacts bears, coastal wolves, eagles and many creatures in the sea including orcas, seals and sea lions not to mention humans! This is not just an issue of remarkable trees but entire watersheds and ecosystems on the brink of annihilation. In this era of ecological and climate crisis the destruction of these ecosystems, the climate control centre of the region and beyond is criminal.

Logging Companies like Teal Jones Group and Timber West have lobbied the BC Government for the right to take this world treasure for their own enrichment. 97% of these forests are already gone and at the current rate of cut, there will be nothing left within three to five years. They argue that this is their livelihood but this is not true, it is looting with the end in sight. The forestry industry in BC can have a lucrative future with sustainable, second and third growth logging, diversification, value added manufacturing and a ban on raw log exports.

Artists fulfill an important niche in this movement. In my case I have chosen to return to 'plein air' painting. I drive up in my old van into the mountains and create large portraits of the incredible ancient denizens of the forest and their retinue of other plants and bugs that keep them vital. The paintings take many days to complete and they chronicle sustained interaction which includes changing light throughout the day, rain, hail, overcast and dappled light but they also include something else, a peculiar kind of rapport, a conversation of sorts between the human and non-human beings. I hope to visit these beautiful giants and their extended family of species for years to come but first we have to stop the greedy bastards from destroying it.

The Fairy Creek Blockade, Rainforest flying Squad and the Eden Grove AiR are all happening on Pacheedaht land with the welcome of Elder, Bill Jones, Hereditary Chief, Victor Peter and others from the Pacheedaht community.